Unique Textiles Bhutanese textiles represent a rich and complex repository of a unique art form. They are recognised for their abundance of colour, sophistication and variation of patterns, and the intricate dyeing and weaving techniques. The weavers, who are mostly women, must not be seen merely as creator of wealth but also as the innovators and owners of artistic skills developed and nurtured over centuries of time. The history of Bhutanese textiles becomes more evident in the last century. As textile production moved beyond the confines of clothing to artistic expression of individuals and communities, patronage from the royal household was vital. Although the founders of the Wangchuck dynasty are from Bumthang, their ancestral home is in Lhuntse District, which was historically recognised as the home of the most celebrated weavers in the country. The role and influence of royal women in sustaining and furthering the weaving tradition must be acknowledged. The 10th Trongsa Penlop Jigme Namgyal built the Wangducholing Palace in 1857 the loom houses (thagchem) accommodating 30 to 40 weavers, were built around the same time near the palace and existed until the mid 1900s. The youngest sister of the second king, Princess Ashi Kencho Wangmo Wangchuck (later a Buddhist nun), is credited to have introduced the horizontal loom from Tibet in the 1930s. Her Majesty the Queen Mother Ashi Sangay Choden Wangchuck continuous to extend royal patronage to the textile industry. Her Majesty's interest and intervention have revitalised Bhutanese textiles, given the industry and impetus within the country and brought world attention to Bhutanese textiles. She is the Royal Patron of the Bhutan Textile Museum and the Chairman of the Royal Textile Academy office Bhutan (RTAB). Today Bhutanese textiles have reached new heights of dynamism and respect; they are valued not only for their economic viability, but also as a symbol of Bhutan's artistic heritage that commands world attention and appreciation.

Types of Patterns 1. Plain weaves Plain weave textiles are usually woven in patterns with stripes and plaids. 2. Warp Pattern Weaves The warp pattern designs are characterized by their supplementary warp floating technique that forms bands of repeated motifs on ground. The different warp pattern designs are differentiated with their color schemes. The number of legs or cross hatches in each supplementary warp pattern band is one indicator of the superiority of the textile. The textile is even more priced when the weaver includes weft pattern designs. 3. Weft Pattern Weaves The discontinuous weft patterns motifs resemble embroidery are indigenous to Bhutan. Colored pattern yarns are knotted individually to the weft yarns to create geometric motifs which are usually combination of multiple pattern motifs. More Aboout Textiles Bhutan is renowned for its silk-on-silk textiles that carry sophisticated, embroidery-like patterns. Working on backstrap looms, weavers use a pick-up technique to create designs which are worn by both men and women in daily life. In Bhutan, the creation of cloth is considered a religious act and colour selection a spiritual exercise. It is thought that more than half of BhutanвЂ™s population is actively involved in weaving in one way or another. Broadly, Bhutanese weaving can be split into two categories: Tsongtham, cloth woven for commercial purposes, and Hingtham, cloth woven for relatives and friends. Hingtham, which roughly translates to вЂ˜heart-wovenвЂ™, hints at the social and spiritual significance of weaving. Popular textiles include BhutanвЂ™s national dress (for men, the gho and for women, the kira), long, loose silk garments that are richly embellished. Tingma is a Bhutanese technique that uses discontinuous supplementary wefts in addition to a ground weft. A type of soumak stitch is applied row by row through an open shed using a pointed pick up stick. This gives the textile long, horizontal lines that resemble dense embroidery. Weavers knot individual silk threads to create motifs. Aikapur cloth, commonly produced in Eastern Bhutan, is considered the most technically complex of all Bhutanese textiles. The name Aikapur is derived from the traditional colour palette (white and yellow designs on a red background) that is favoured in this part of the country. A weaver who works 10 to 12 hours per day can take more than a year to produce a single textile. The technical skills of Bhutanese weaving are taught through six-year courses at Royal Thimphu College and The Royal Textile Academy of Bhutan, both in the capital, Thimphu. 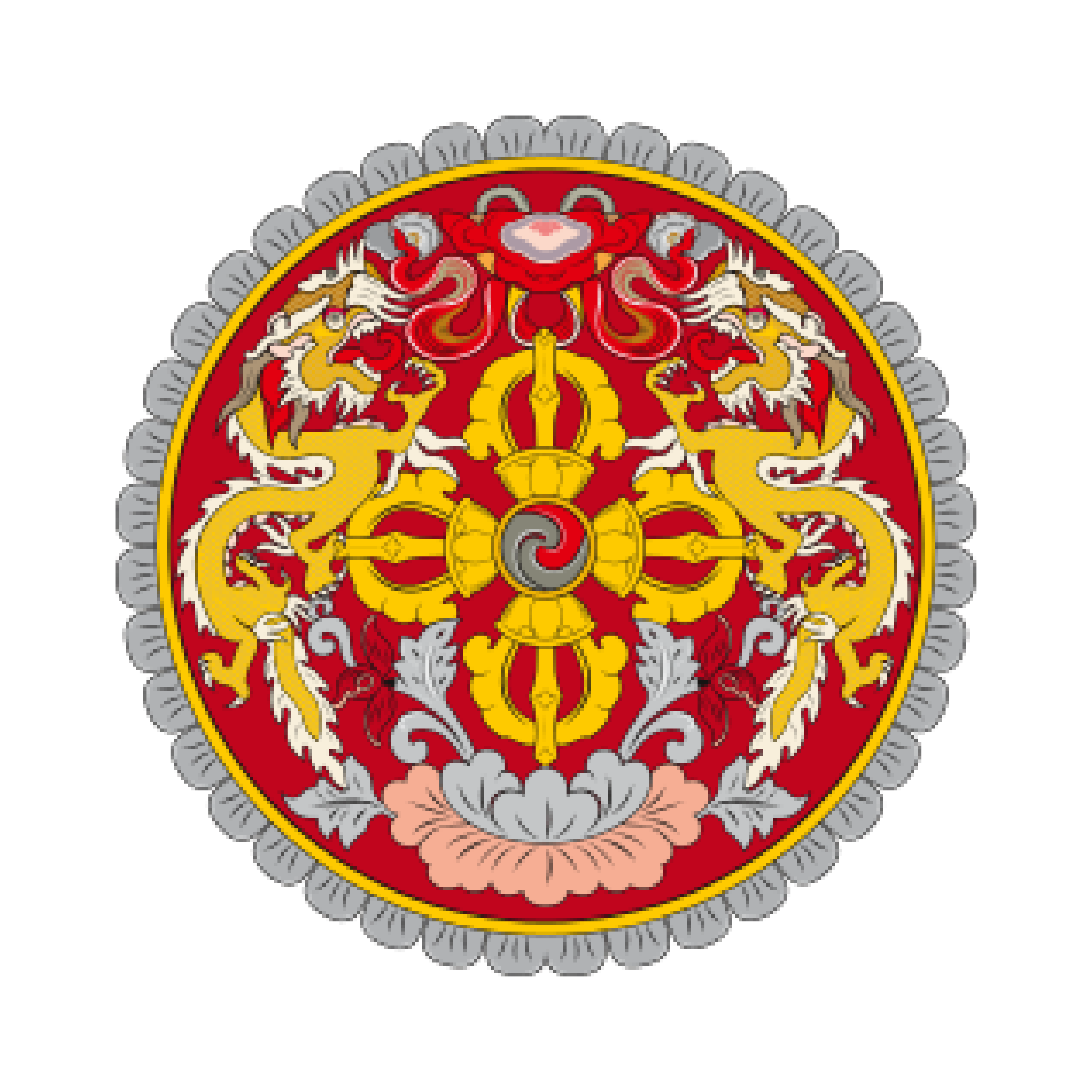